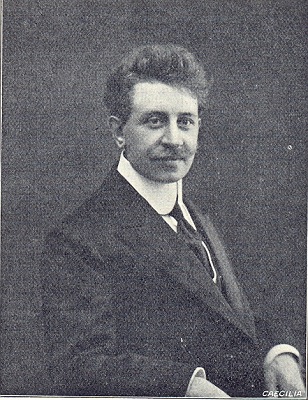 Kornelis Jacobus Kuiler was born in the village of Alblasserdam in The Netherlands in 1877. He studied at the Amsterdam Conservatory under Bernard Zweers (composition) and Julius Röntgen (piano). In 1900 he became a piano teacher in Groningen and started to conduct multiple choirs and ensembles from 1904 on.

Kuiler is mostly known as the conductor who brought many large scale works to the city of Groningen. One of his better known feats is the first performance of Bach's Matthäus Passion there in 1909. In the following decades Kuiler was an appreciated member of the local music societies.

In 1942, Kuiler became a member of the Nederlandsche Kultuurkamer (the institute created by the Germans during W.O.II to control the freedom of art), although this had no repercussions on him after 1945. After the war, Kuiler continued to conduct on several occasions, the last time being a few weeks before his death in 1951, when he conducted the premiere of his own Violin Concerto.

The Six Mazurkas discovered by Edition a Piacere are not listed in any online source, so we had to rely on the written information that was on the original manuscripts. We gathered that most pieces date from 1947, when Kuiler was already nearly 70 years old. One of the Mazurkas (nr.5) has been previously published by Alsbach as part of the 7 pieces op.41. We are unsure when these 7 pieces were written, but most likely they date at least from the latter part of his life. We proposed a chronological order for publication, which also seems to correspond to a vague numbering on the manuscripts.