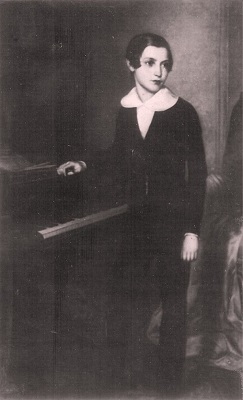 Carl Filtsch was born in Mühlbach, a town currently called Sebeș in central Romania. His father, a pastor, was his first piano teacher. He started his pianistic career with a tour in his native Transylvania already at the age of six.

As most of the talents of his time, he continued his musical studies in Vienna, among others under the wings of the father of Clara Wieck. At the age of ten, in December 1841, he left the Austrian capital and settled in Paris, together with his brother Joseph. Here, Carl would take lessons from Chopin for the next year and a half. They moved on to England before returning to Vienna.

There, while waiting in the theatre wings to give the première of an ambitious Konzertstück for piano and orchestra he had composed, Carl fell ill. He was brought to Venice to recuperate, but unfortunately he died there of peritonitis. Carl Filtsch was not yet fifteen when he died.

Not much is known about the background of the pieces currently available at Edition a Piacere. Four pieces are currently offered in one publication: Adieu, Romanze ohne Worte, Barcarolle and Mazurka.